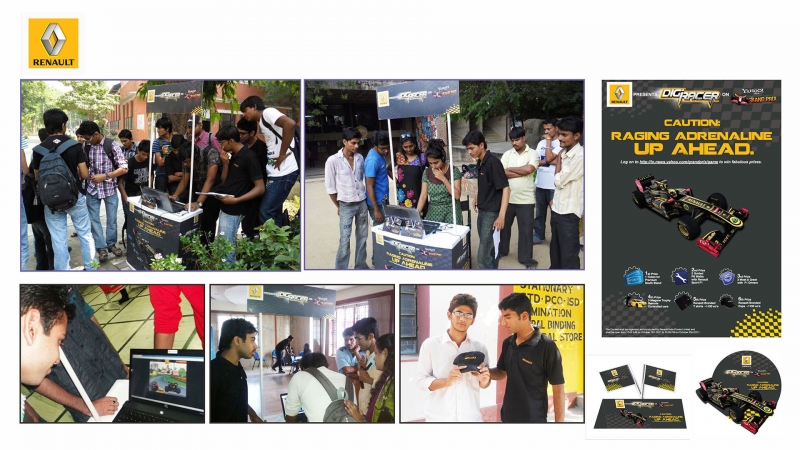 Brief:
Create awareness and excitement about Yahoo F1 Digi-Racer by driving experience via trials of the game.

Solution:
Yahoo! India in partnership with Renault celebrated the F1 Fever by creating the Digi Racer Game which allowed consumers to drive a Renault car online. Yahoo! F1 Digi Racer Demo zones were deployed at campuses where students could play and keep adding to their scorecard. Nearby iCafes were also branded with Digi Racer prompting game plays. Dedicated F1 game stations equipped with webcam and headphones were created at iCafes. The highest scorer won F1 tickets for India’s first Grand Prix at the Buddha International Circuit. All participants won Renault sponsored coupons that could be redeemed at select iCafes.

Results:
Active consumer engagement with the brand, improved considerably as budding F1 enthusiasts and over 3000 students played the game online at high-end game station terminals at select iCafes.10,000 game plays started as players won cool merchandise and there was a resonant buzz among 9000 students.