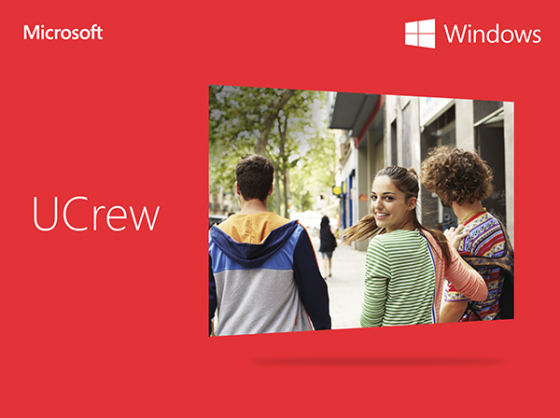 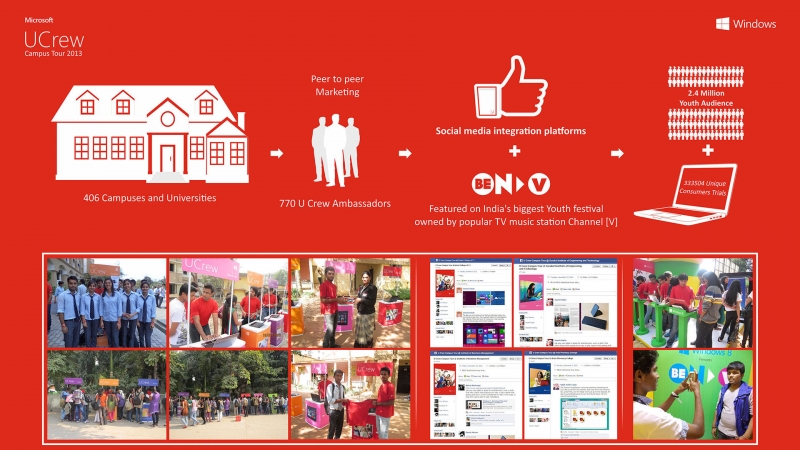 Brief:
Increase demos and trials for the new Windows 8, boosting product preference and consumer’s intent to purchase by spreading product awareness, building a greater affinity for Windows in the student community subsequently increasing trials and spreading the UCrew footprint across varied campus communities all over India.

Solution:
The intent was to create a program to harness the energy of the youth by building an army of Brand Ambassadors representing the student community in India. This helped carry the brand message of the recently launched Windows 8 to peers and fellow students. This was done by mapping campuses with high student strength and the most influential students were identified and appointed as UCrew ambassadors. An inter-campus challenge took place, led by UCrew ambassadors, who represented the mettle of their respective campuses by effectively mobilizing their social and peer influence footfalls to the UCrew tour day on campus.