Home Campaigns Say No to piracy with Microsoft 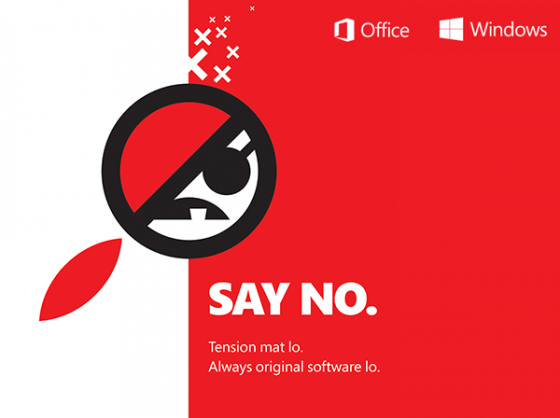 Say No to piracy with Microsoft 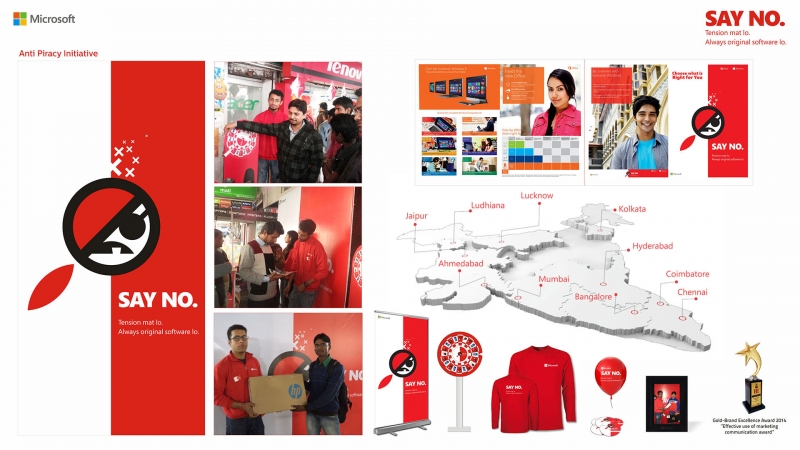 Brief:
India has been battling piracy for decades. Over the years, Microsoft had led several initiatives to eradicate the menace. Having set a precedent, Microsoft wanted to take the onus to clean up the menace of piracy by involving all possible stakeholders to educate consumers on the perils of piracy and take step towards a safer secure online experience.

Solution:
The campaign rested on the concept of propagating better choices and encouraged people to invest in peace of mind obtained by buying genuine products that come at a price which is affordable enough to enjoy long-term benefits. The campaign made a powerful yet subtle suggestion to the consumer to veer away from counterfeit products and SAY NO to anything that is non-genuine.

Results:
SAY NO was a successful campaign that contributed to building a better relationship with retail partners as well as consumers while supporting a larger cause –anti-piracy. Microsoft, through the campaign was able to establish the demerits of piracy, tackling it head on by creating awareness among PC sellers, purchasers and in general public consciousness. This directly impacted business objectives. The outreach had a significant impact with a substantially positive impact on sales in partner outlets.