Home Campaigns The Essence of Togetherness

The Essence of Togetherness 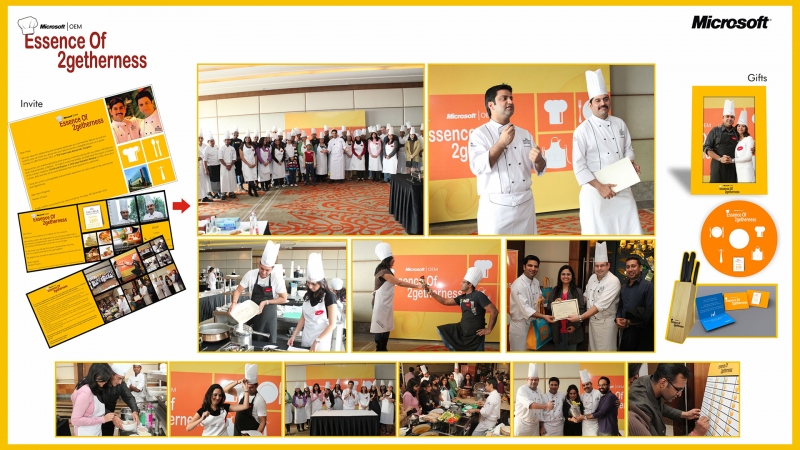 Brief:
The campaign aimed to create a platform to reach out and meet CIOs and establish stronger relationships – a networking series with a twist.

Solution:
Invitations were extended to OEM executives, especially country leads accompanied by their spouses, to discover the ‘Essence of Togetherness’ while participating in a culinary extravaganza at hotel Leela Kempinski. Couples competed with each other even as the husbands engrossed themselves, cooking the six-course meal for their wives under the guidance of seasoned Chefs Kunal Kapoor and Jayanandan Bhaskar. Spouses had to impress their ladies to get basic ingredients like salt. The three top dishes were tasted by the presiding Chefs. This was followed by a grand lunch prepared by Chef Kunal Kapoor.

Results:
Cheering couples were bound together with love, laughter, togetherness and delicious food. The essence of togetherness was much appreciated, much more than a networking platform.