Home Campaigns I Love You Guys 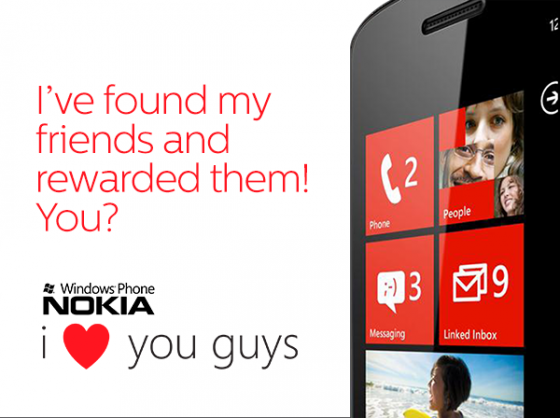 I Love You Guys 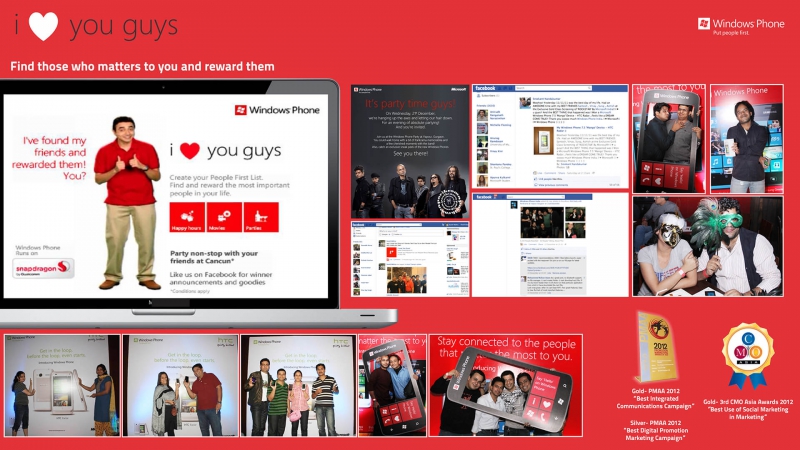 Solution:
“Windows Phone helps you connect and celebrate with people who matter most to you” is the thought that stemmed from the insight that there are people who really matter to you, more than others. They are in your Address book, on your Social networks and all around you; identify them, tell them how important they are to you and reward them. The Windows phone lets you connect with those who matter and say “I LOVE YOU GUYS”. The campaign rooted itself in the delightful process of finding those who matter most and rewarding them with unique experiences.

Results:
As a result of accentuating the ideas of camaraderie and taking a people-centric approach, Windows phone launched successfully in India, with an improved consumer reach. The campaign attracted unique visitors to the website. The team’s consumer reach was also evident on its Facebook page. The program not only created unique experiences via the campaign, engaging and reaching a new high of consumer involvement while showcasing the unique capabilities of Windows phone, but also reflected in the consumer sentiment at retail with increased sell-through of Nokia phones (led by Windows phone devices) by 600 percent!