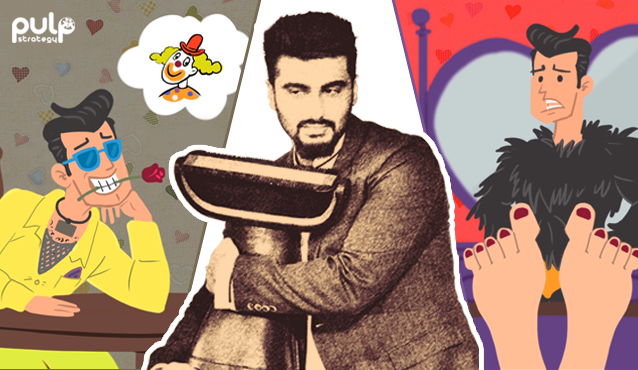 #Unpain Mr Painful, everyone is talking about it!

Philips picked up a taboo topic and let the content start the conversations.

Father - What’s your new year resolution son? Son - Pop, I am going to do something about those scruffy curls on my chest. It’s a pain though.  Father - That is so courageous! Proud of you, son.

… Was never a dinner conversation.

But there was a little problem. Men still prefer to discuss body grooming anonymously on private forums, rather than talking it out with their peers or partners. The target audience was hiding in the bush (no pun intended), making it difficult for any brand to reach to them. To bring such men out of their closet was no easy feat, they realized! Philips needed to go offbeat, packing the campaign with disruption because the category asked for it. They came up with an idea that was ridiculously simple yet disruptive.

Numbers don’t lie, neither do ladies

If you were looking to get men to change their grooming habits, whom would you turn to for pushing them? The fairer sex. Right?

Philips hit the streets asking women to make a choice between two looks,

Their choice was obvious. Not just that, most women thought that a guy who doesn’t body groom is #MrPainful, and is a cause of embarrassment to both himself and his partner. Well, that response gave way to some edgy content pieces on social.

The interviews were compiled to create a video packed with wit, humour and information. Through subtle messaging, the video touted a groomed body as the new sexy.

The Grooming Woes of #MrPainful

Next, Philips put the spotlight on guys who want to manscape but have to use outdated manual tools like hair removal creams, scissors and blades. Ouch!

There is a way to open up taboo conversations smoothly.

Clearly, men were doomed by the low awareness of electric grooming solutions and the lack of understanding of its superiority over a manual tool. Philips saw a huge opportunity in reaching out to these men through their biggest influencers, the women.

Turning a Taboo Upside-Down The taboo topic triggered interesting conversations on social media. Youth platforms, bloggers and RJ’s discussed What’s your MrPainful Moment? And the stories from consumers poured in.

Philips created, on-the-go content from these stories and shared fun content around #MrPainful and #Unpain, triggering interesting conversations all over the nation.

The whole world revolves around you. Does it ?

Videos, gifs and memes were created from the stories women shared. Egotistical attitudes, fake accents and bad grooming habits - everything got talked about. Were the men listening? You bet!

Hairy tales from the bedroom

Being a little too needy

Bad body odour can be a BIG turn off

Funny and brutally honest videos were shot on the streets letting men know what women thought of their man-jungle. Rib-tickling articles appeared on popular sites like ScoopWhoop and MensXP. With an unprecedented engagement, Philips was telling the story of a massive flood of emotions.

Going overboard with the macho-ness

Making her feel awkward with that awkward dressing sense

‘Men, take note. Here are 10 things bound to make any girl look away’

As the conversations picked up steam, Arjun Kapoor (the yet unannounced brand ambassador) and popular Bollywood star, SNG Comedy gang along with prominent RJs pushed up the ante to a whole new level. Twitter banters and grooming accusations flew around.

The media launch of the all-new Philips Body Groomer created ripples of excitement and conversations. But it was really the Hangout with Arjun Kapoor and SNG Comedy, which kicked up a storm. Consumers from across the country hung out, shared their amusing hairy tales and told men to #Unpain. Confession booths were set up across 3 cities and studio shifts by local radio channels were set up in malls. 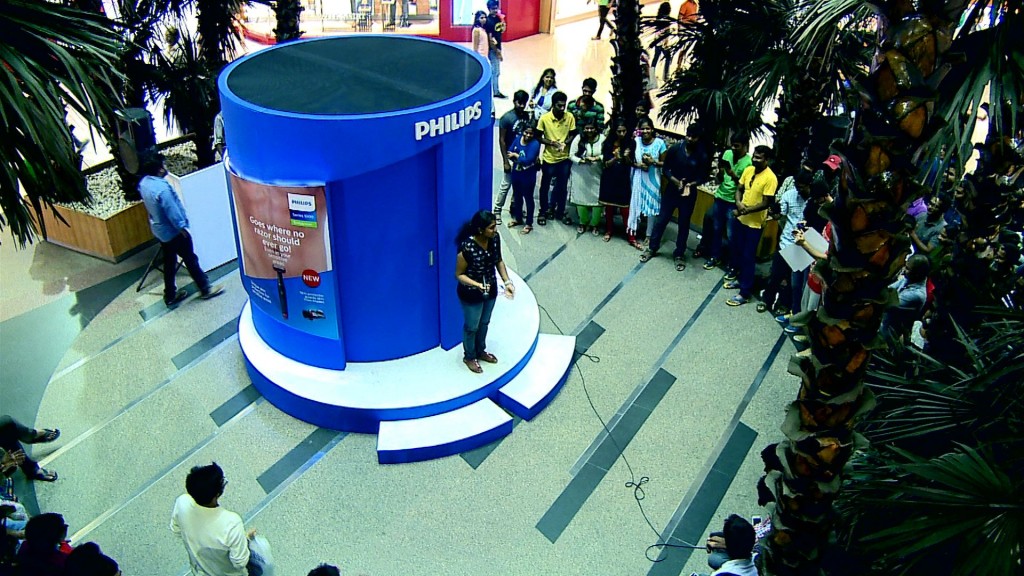 The hashtags #MrPainful and #Unpain hit it out of the park. #MrPainful trended nationally on Twitter on two different dates, while #Unpain went viral and trended on Twitter for 7+ hours. Content inspired by real stories and real people gathered millions of views, drove conversations and engagement. 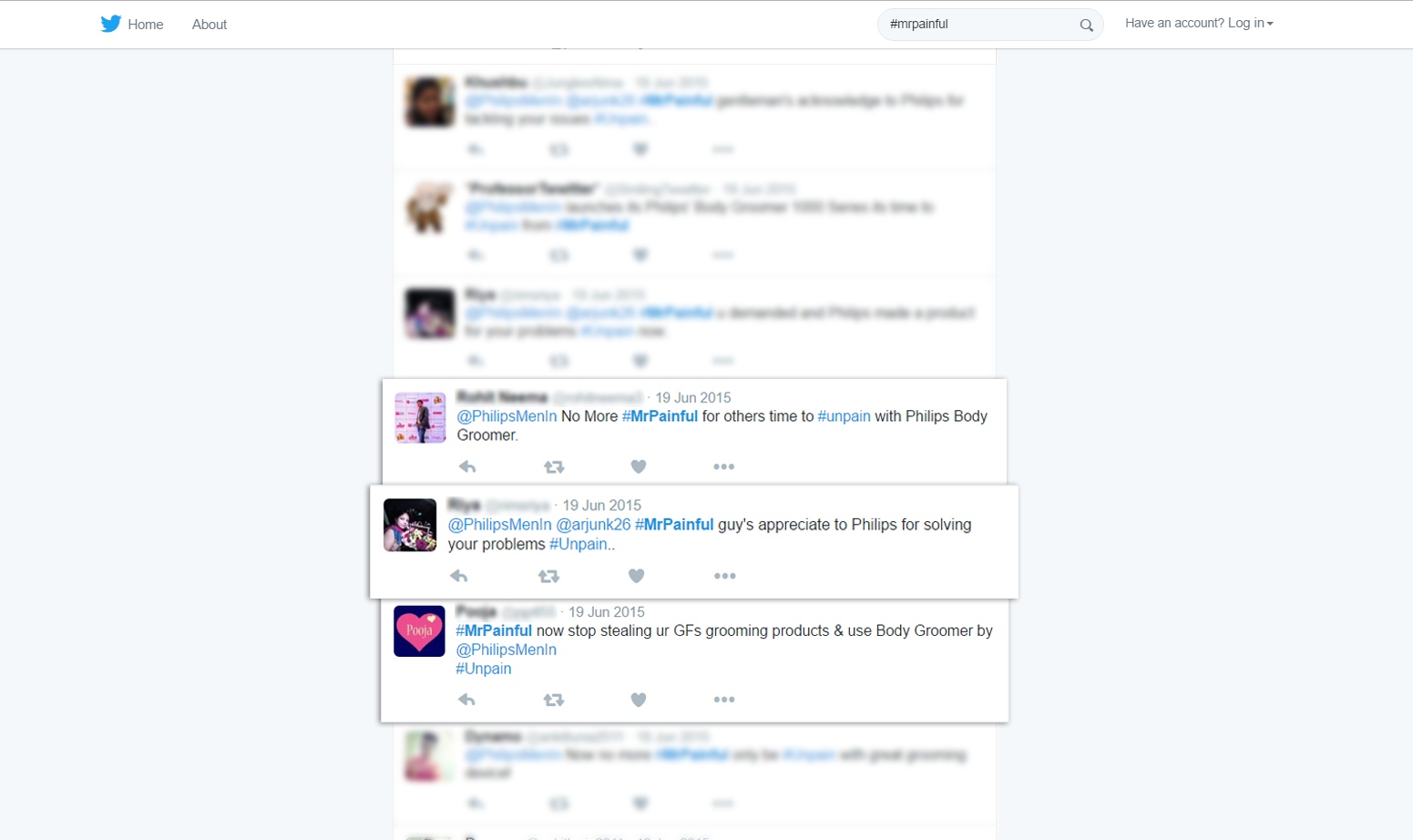 Philips drove awareness, turning the taboo upside-down and quite successfully so! The audience never saw the #Unpain campaign as a brand trying to make a foray into the grooming market. What they saw was a brand changing the way men groomed. And every guy and girl out there was compelled to do their bit to make the world a less hairy place.

… And It All Paid Off A hush hush topic like hairy men and most businesses resort to euphemistic approaches, even if it means swerving the campaign to the borderline of boring. Philips didn’t. Instead of avoiding the awkwardness associated with the product, the brand took it head on.

The bold initiative paid off. Women unapologetically shared their #MrPainful stories. Men too came out of their closet and made their hairy confessions. The quirky take on male body grooming piqued the audience’s interest and created a lot of noise, turning it from a taboo topic to talk of the tinsel town (2 million+ conversations). The message was loud and clear – Take care of your man garden. 'Stop being #MrPainful, it’s time to #Unpain with Philips Body Groomer’.

Foot Note: The campaign was created and deployed by Pulp Strategy Communications; it has won numerous metals including PMAA 2016 for being the best brand building campaign. 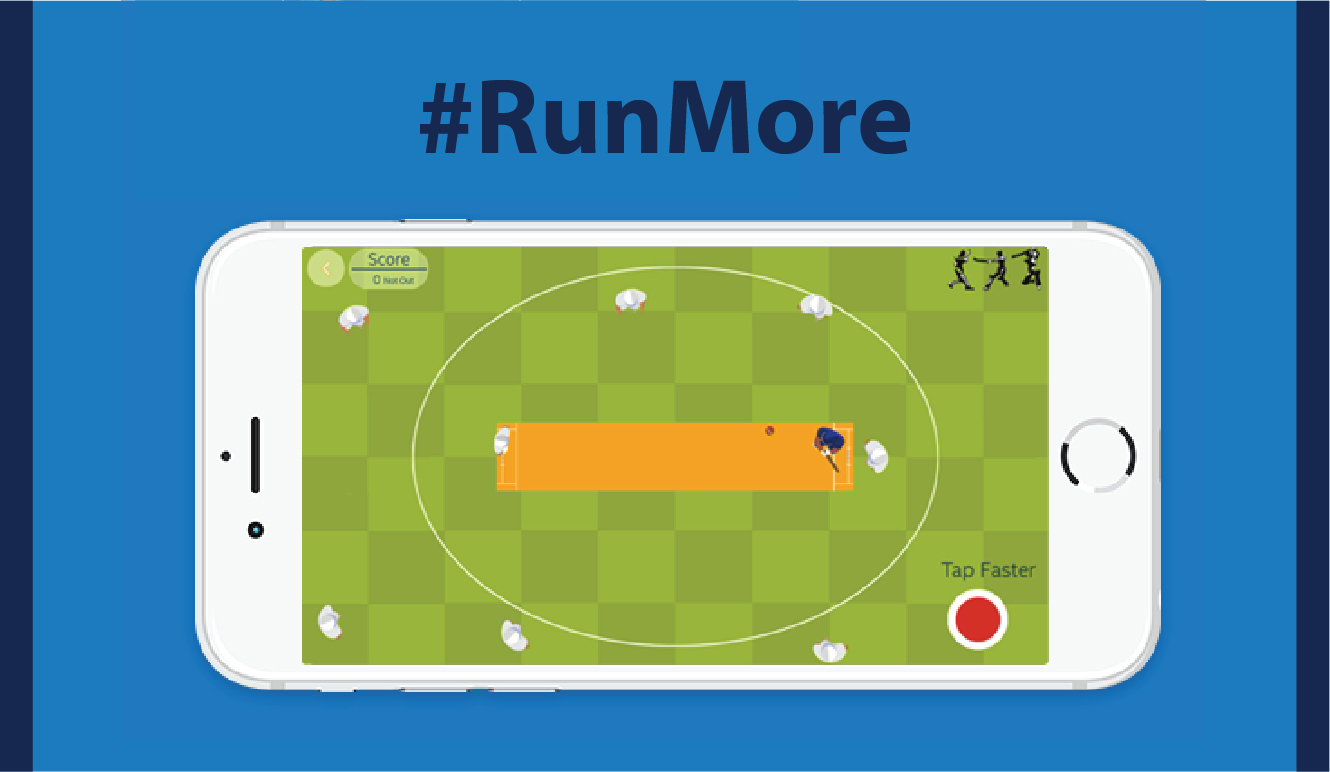 Cricket at heart, performance at the core... 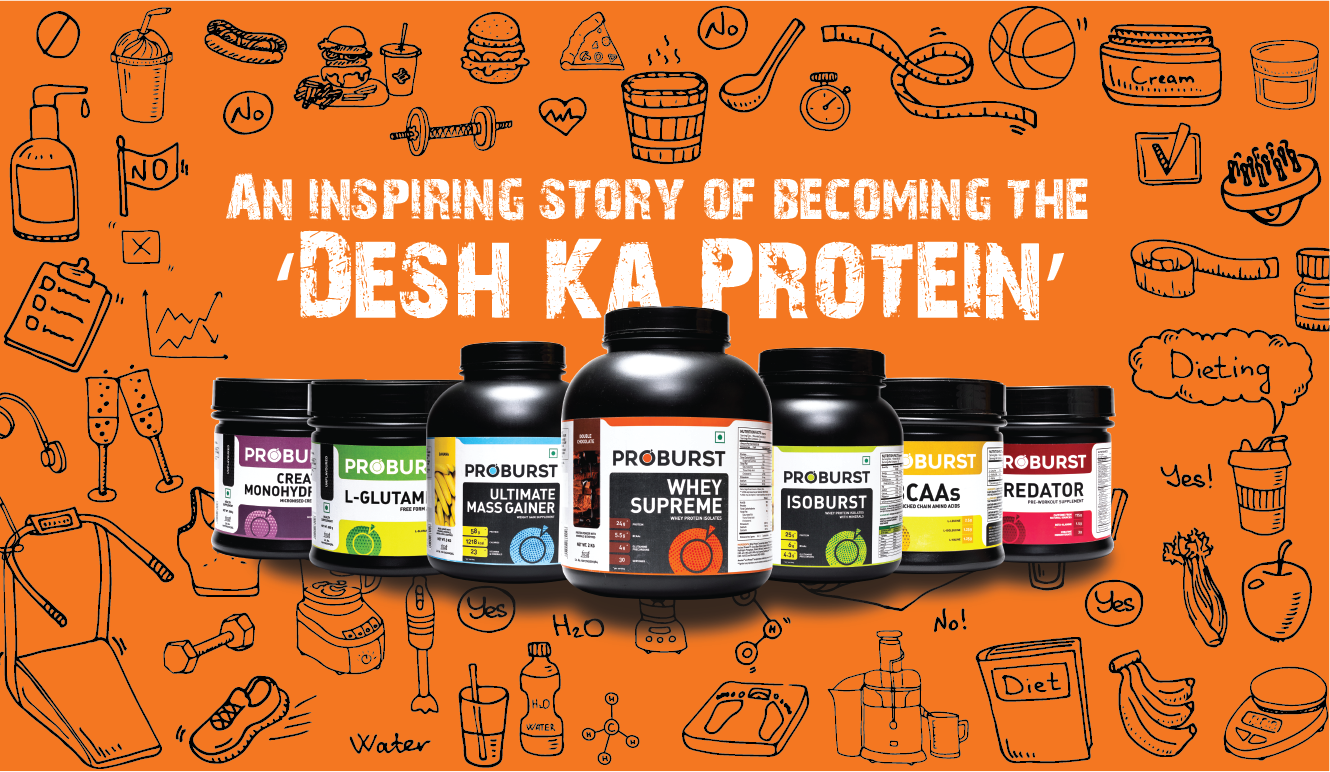 Proburst – An inspiring story of becoming... 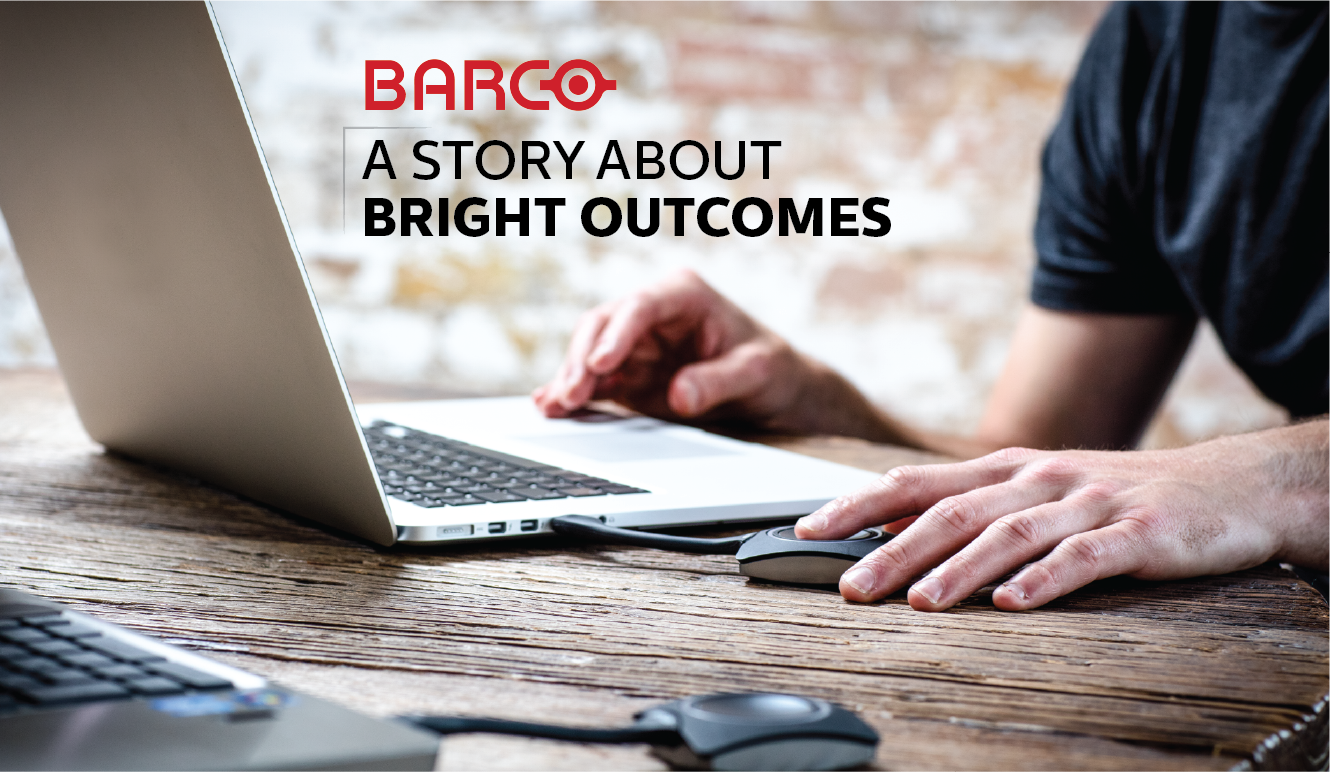 Barco: A story about bright outcomes