How Philips solved a problem you didn't know you had

Alice: No way! Can’t expose the baby to the murky air outside.

Alen is being silly. Do you know why? Because the worst kind of air in the town is not on the roads, not on the traffic signal (good guess, though), neither it is in the outskirts.

It’s inside your car. Now who could’ve guessed that?

In-car air pollution not only exists, but is more dangerous than the pollution out on the road. We can’t blame Alen there, most of us are not aware that locking the car doors does not lock away the pollution. Motorists and passengers are exposed to 3X more pollution than pedestrians. 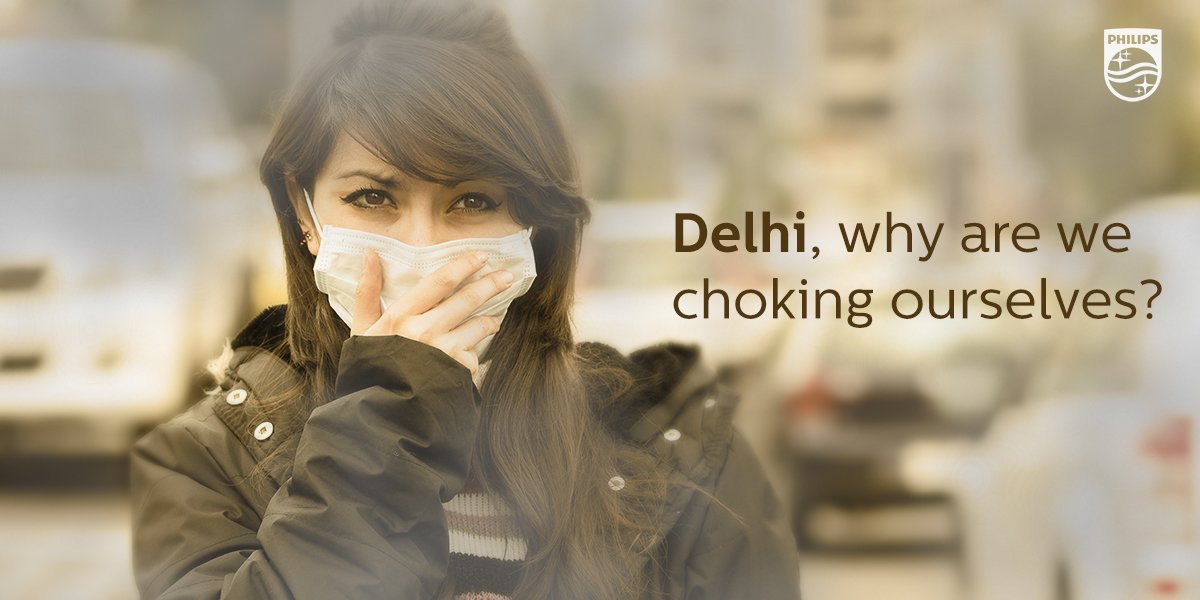 Air fresheners merely cover up the bad odour. And no, switching on your car’s AC won’t help you escape the culprit either. If you are living in a metropolitan like Delhi or Mumbai, you might be exposing yourself to in-car pollution for more than 100 minutes a day – and unknowingly so. Curbing air pollution is a tall order, but keeping the insides of your car pollution-free is in your hands.

Philips had a proven solution to in-car pollution – GoPure – a compact car air purifier that not just knocks-out dust, pollutants and particulate matter from your car but also freshens the air inside.

How do you offer the solution to a problem that’s not known?

To set the ground for the air purifier, Philips aimed at waking up urbanites to the hazards of in-car air pollution and driving massive grassroots action.

Philips’ Breath of Fresh Air in the Digital Space!

In order to reach their target demographic, Philips adopted a content-driven strategy, catching them where they were buzzing – the digital space – Facebook, Twitter and blogosphere. Philips took a refreshingly different four-phase approach to increasing awareness, creating product demand and driving conversions.

In a  bid to make the public more aware of the problem, Philips kicked-off the campaign with powerful insights:

4 out of 10 worst polluted cities are in India (Source: WHO).

The number of individuals suffering from respiratory disease in Tier-I, II cities is rising at an alarming pace, and in-car pollution is the disguised villain behind it. By tapping into statistical data, the pre-launch posts reassuringly highlighted how in-car air pollution not only exists, but is an intruding threat to the health and well-being of urbanites. 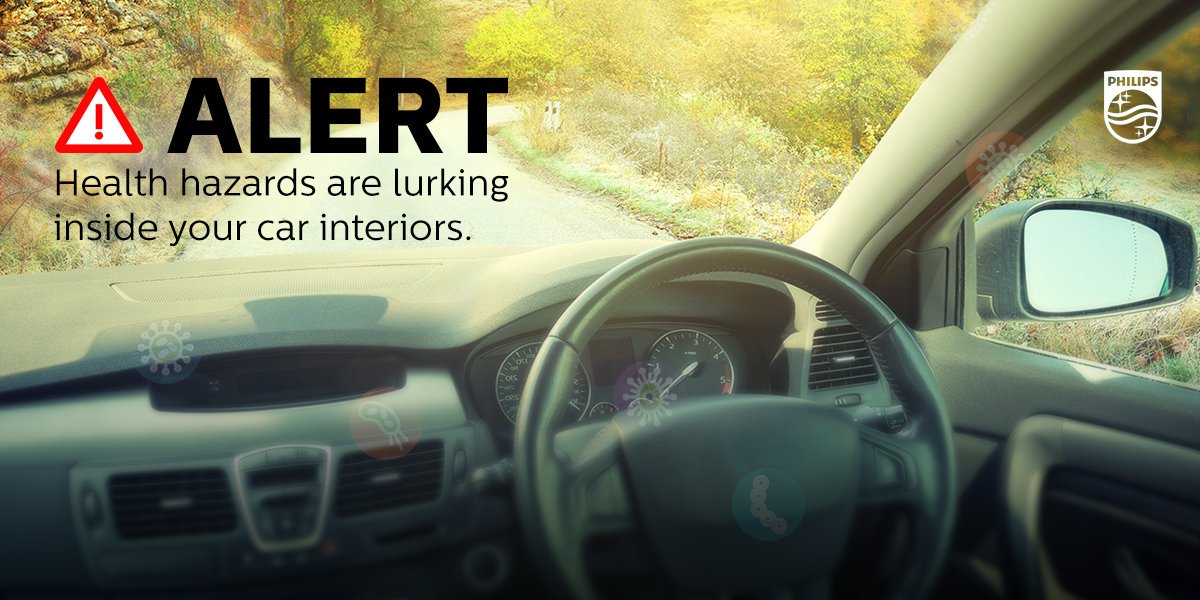 Phase 2: Get the buzz going 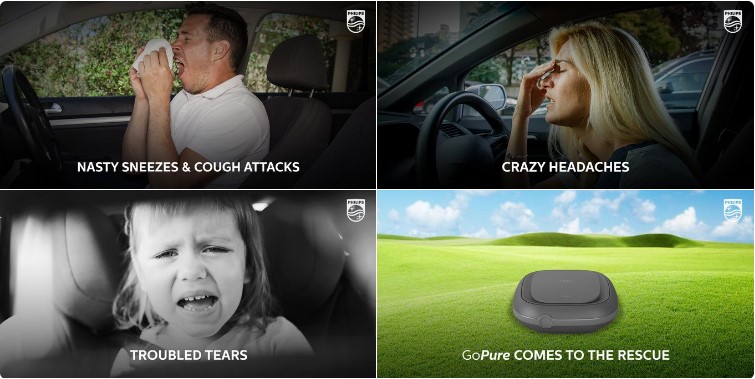 Through a dynamic digital presence, GoPure was uniquely positioned as a smart car air purifier that is seamlessly installed and integrated into a car. A number of visual posts and blogs portrayed how GoPure’s 3-layered filtering is a technological departure from other purifiers. Its unique capability to start working in lesser than 15 min was echoed throughout the campaign.

The social feeds communicated exactly what the brand promises to deliver – A ‘BreatheTheDifference’ experience. 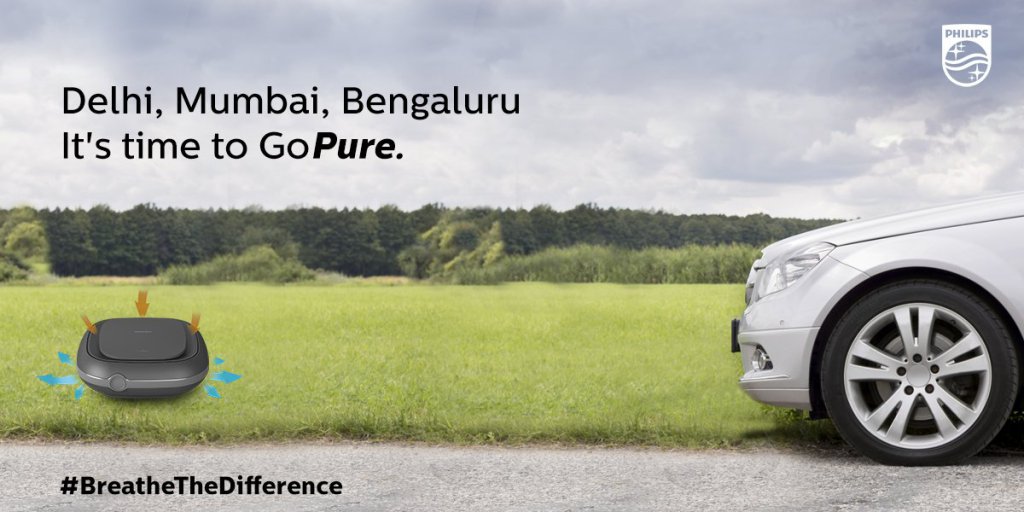 Phase 3: Get the ball rolling

Philips shifted gears and strategically pushed the third-phase to the first week of October, around Diwali. As the national capital and surrounding areas gasped under a thick cloak of smog, #BreatheTheDifference became an ‘Aha moment’ for the urbanites looking for a way out of Post-Diwali pollution.

The launch video was enthusiastically received, gathering attention of thousands of people across India. Adverts, redirecting the users to the product website were also deployed.

Philips partnered with Meru cabs in Delhi, Mumbai and Bengaluru, having GoPure car air purifier installed on the front seat headrest to make it visible to the riders. Riders could feel the air quality improving drastically and shared their #BreatheTheDifference experiences on Facebook and Twitter. 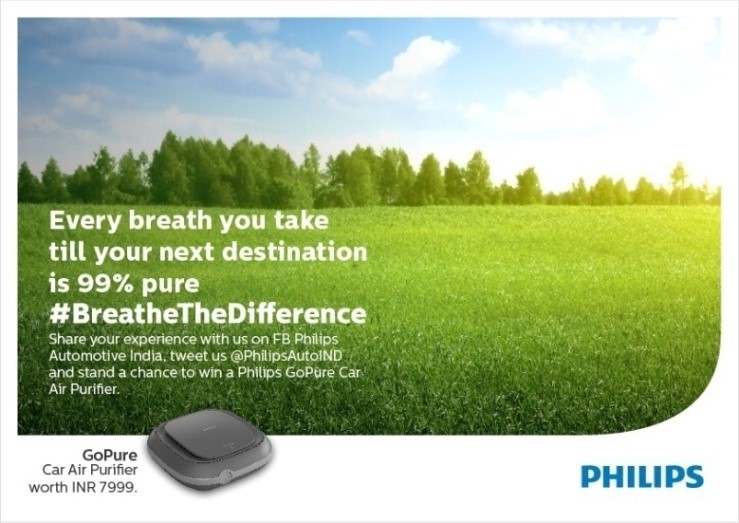 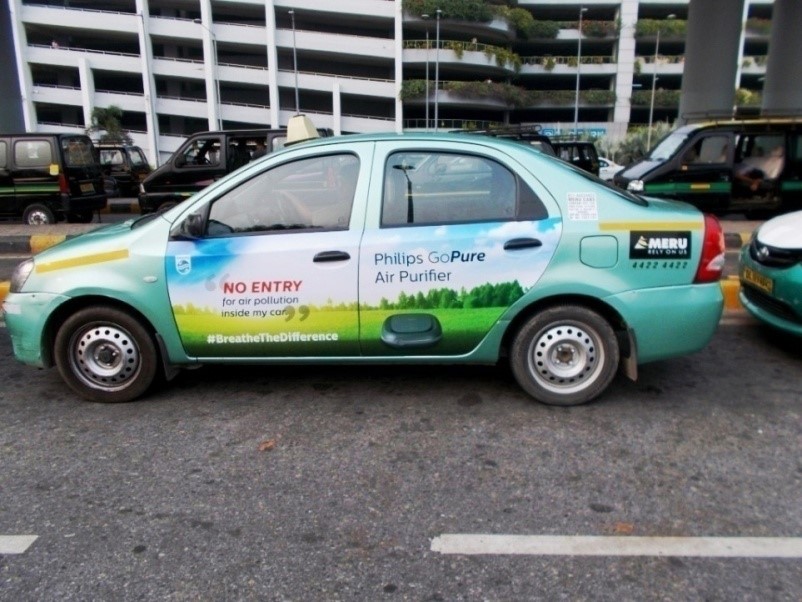 Phase 4: Keep up the momentum

Philips created shareable, visually-rich, content posts and tweets, encouraging the audience to spread the word – and it worked! Many of India’s social influencers soon started to #BreaththeDifference too. The user generated buzz got the audience talking. A huge number of fans shared the video on social channels, and a dozen positive articles were penned down by top bloggers and online publishers.

The posts were viewed, liked, commented on and shared on Facebook, getting an overwhelming response, sustained for months to come. 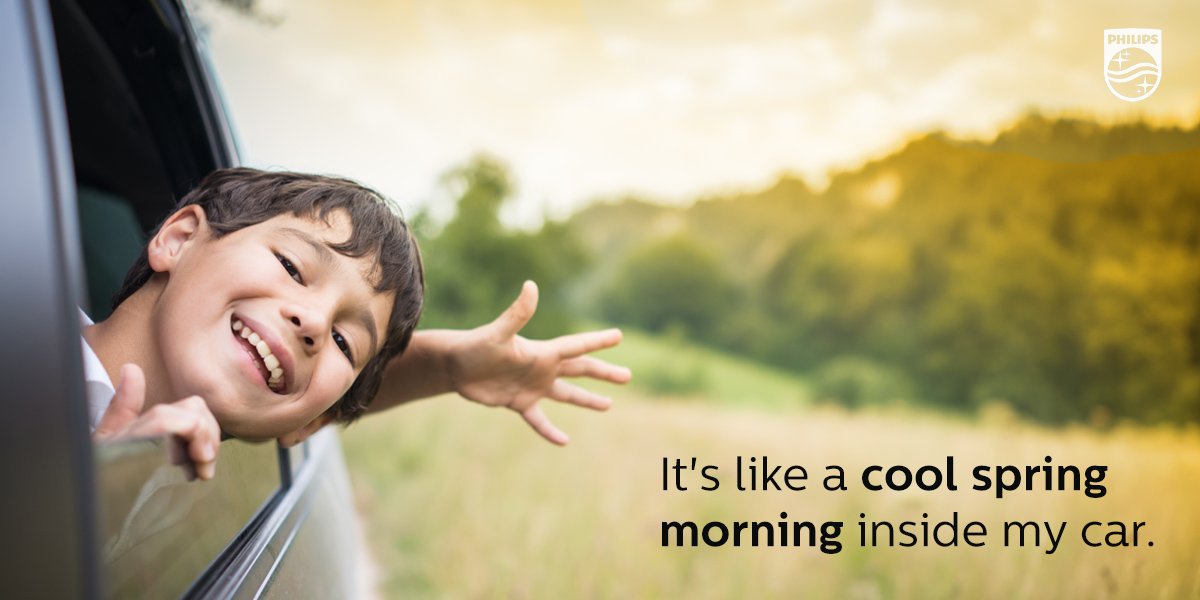 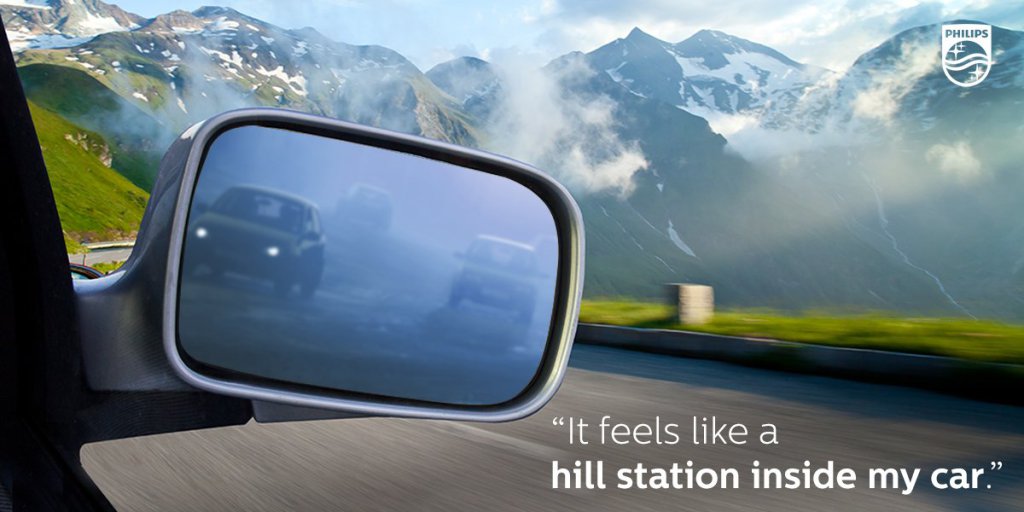 A Remarkable Social Impact: Turning the ‘daily grind’ into a ‘joy ride’

The results proved to be every bit as dynamic as the campaign itself. Beyond generating a flurry of interest in the product, the campaign facilitated a positive change in society, turning the subject of in-car air pollution from an ‘almost invisible problem’ to something that was ‘impossible to ignore’. More people than ever before cared about it and wanted to talk about it.

Delhi, Mumbai and Bangalore came one step closer to getting less polluted and breathed a sigh of relief from post-Diwali smog. The cab rides made a definite difference in the lives of the people, who were at it, sharing and tweeting their first hand experiences on social media. 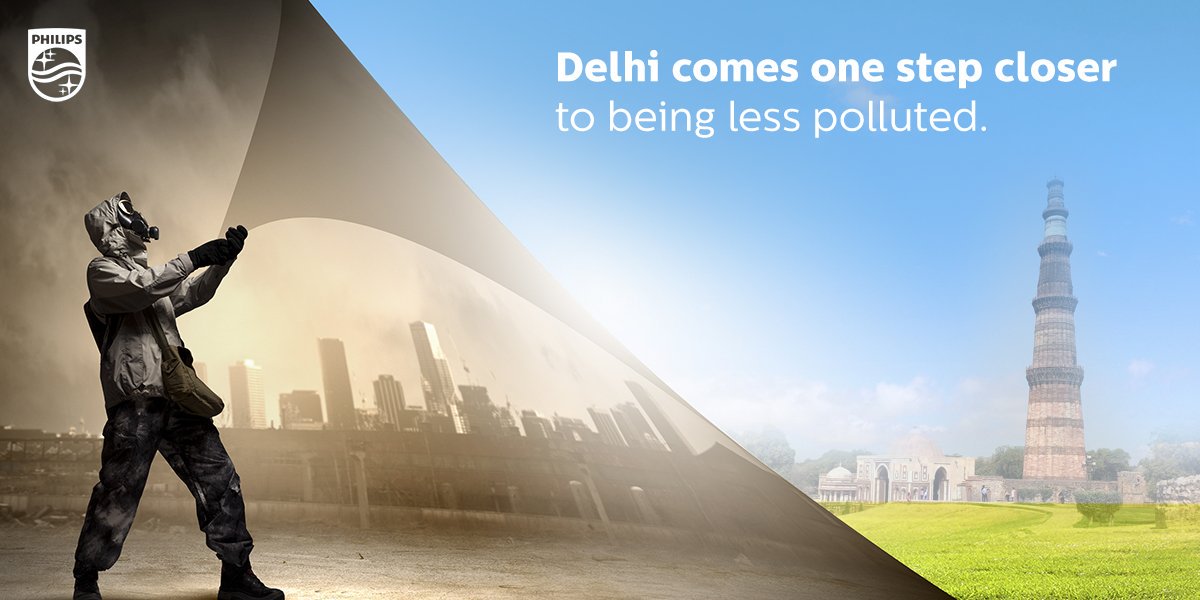 Considering that India’s air purifiers market is at a very nascent stage, the campaign was quite a success, creating an empowering space for the brand to grow.

… and the numbers say it all!

The campaign reverberated Philips’ philosophy of ‘Innovation & You’ and helped it penetrate deeper into the air purifier market. 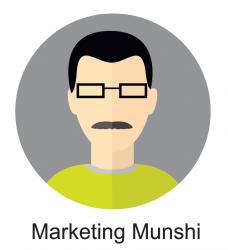 Marketing Munshi keeps the track record of latest market trends - the ups and downs, and the new developments. With keen focus and in-depth knowledge about the market, he always has an answer to what a consumer wants and how that need can be addressed. In a nutshell, Marketing Munshi is the go-to- person if a sound marketing solution is what you’re looking for.